A Book of Hope: The Very Hungry Caterpillar 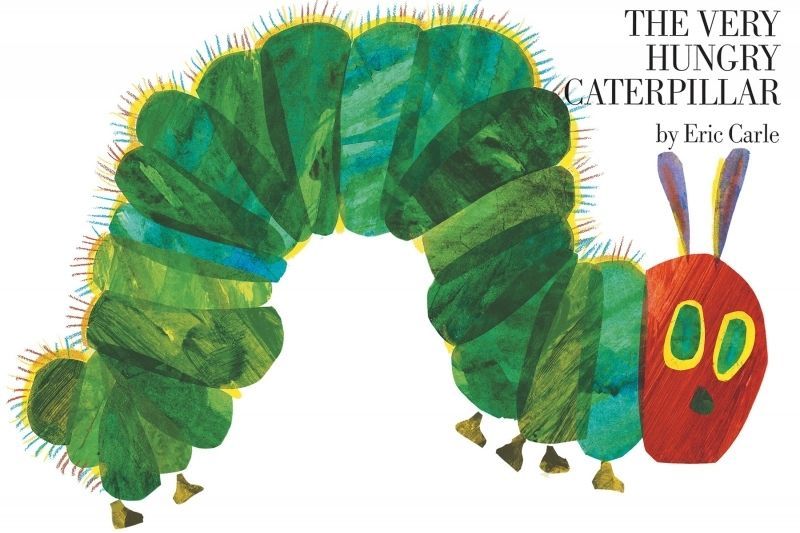 The 244-word book is the story of a caterpillar that hatches out of an egg on a Sunday, proceeds to eat vibrantly colored fruits it finds in escalating quantities from Monday to Friday, goes on a junk-food-eating rampage on Saturday, eats a nice green leaf on Sunday, and then nestles into a cocoon for two weeks and emerges a beautiful butterfly. Michelle Martin is the Beverly Cleary Professor for Children and Youth Services at the University of Washington’s Information School.  “The book teaches something,” Martin says, “but the best children’s books teach without kids knowing that they’re learning something.” In The Very Hungry Caterpillar,” she adds, “you learn the days of the week. You learn colors. You learn the fruits. You learn junk-food names. In the end, you learn a little bit about nutrition, too: If you eat a whole bunch of junk food, you’re not going to feel that great.” You also learn that, in author and illustrator Carle’s words, “You — little insignificant caterpillar — can grow up into a beautiful butterfly and fly into the world with your talent.”

Carle was born in New York to German immigrant parents. His family would return to Stuttgart, Germany, when he was six years old. When Carle was 15, his father was drafted into the German army and eventually became a prisoner of war. When he was released, he weighed a mere 85 pounds. Carle managed to avoid the draft but would serve at the government’s direction, digging Siegfried line, a 400-mile defensive line in western Germany. “In Stuttgart, our hometown, our house was the only one standing,” Carle told The Guardian in 2009[i]. “When I say standing, I mean the roof and windows are gone, and the doors. And … well, there you are.”

No doubt the trauma Carle experienced as a young person profoundly affected him, his work and his outlook throughout his career. Though Mr. Carle didn’t speak often about his upbringing in Nazi Germany, he did say that his time spent in war zones had deeply influenced his work. “The grays, browns and dirty greens used by the Nazis to camouflage the buildings” only heightened his love for intense and joyful colors, he once told The Times. Of the book, Carle said, “I think it is a book of hope. Children need hope.”

“Hope” is our theme here at Hall-Dawson CASA. Desmund Tutu once said, “Hope is being able to see the light despite all the darkness.” That is exactly what our CASA Volunteers do: they shine a light in all the darkness being experienced by the child for whom they advocate. They walk alongside a child during some of the hardest days she will experience in her lifetime. They change a child’s story.

We are laser-focused on our mission to ensure every child experiencing foster care due to abuse or neglect in our community has the right to a safe and permanent home. We have much work to do. Will you be a part of that work? Reach out to us today and let’s talk about how we can partner to bring hope to children in their darkness.