Every child deserves to have their picture on somebody’s refrigerator. 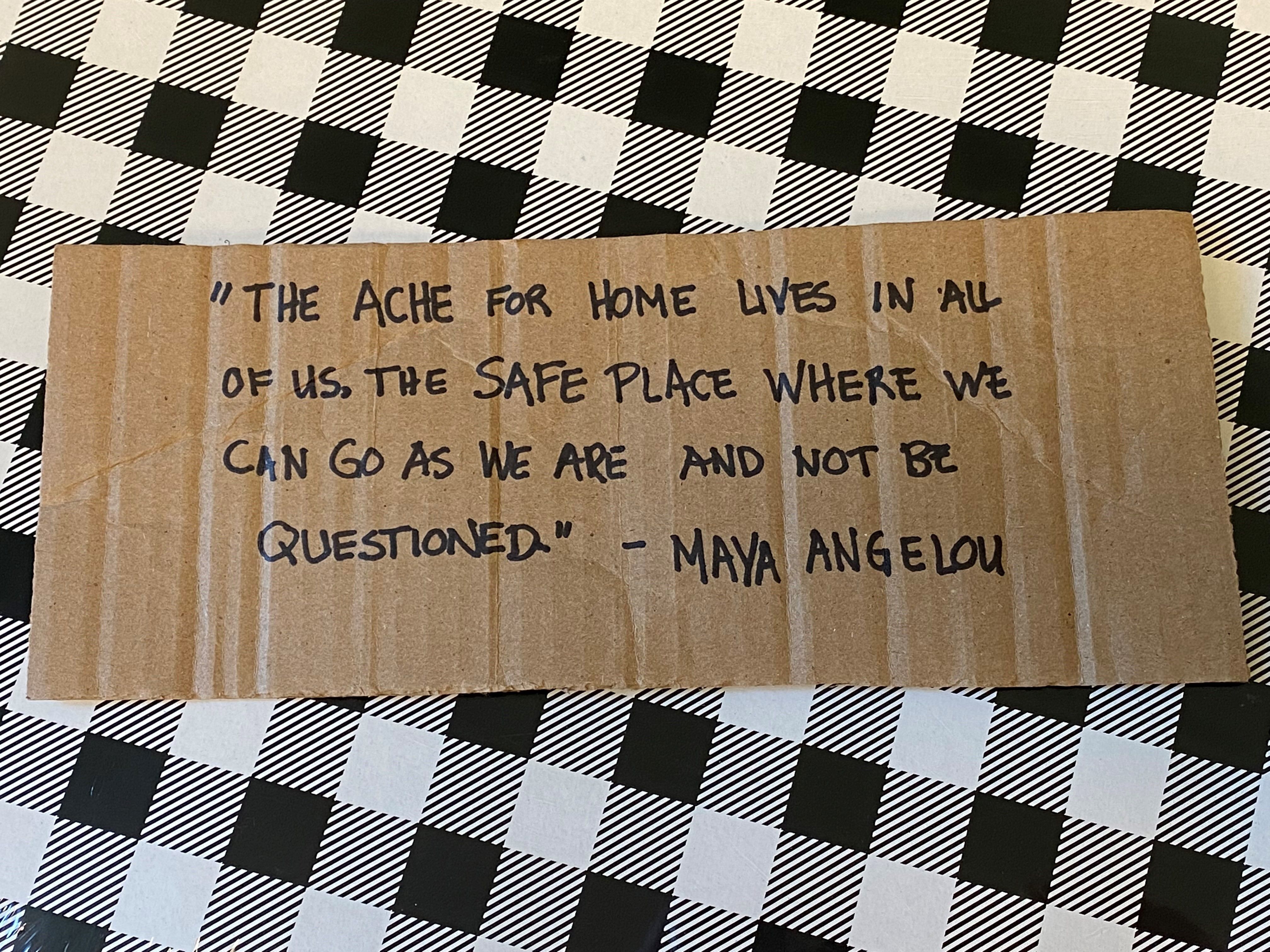 John and I met in the fourth grade in a small farming community about 30 miles east of Cincinnati. He was the new kid in the class that year. Fast forward to what seems only a few short years later, we found ourselves walking across the stage of our high school gym to receive our diploma with about 100 others in our graduating class. A few years would pass before we reconnected, began dating, and then married. On our first anniversary, we made a move to the Atlanta area and soon began our family. A new town, one so much bigger than our hometown was an adventure. Living 450 miles from the place we called home from the time of our childhood, our family, became even more challenging when our children came along. The car trips ‘home’ before kids took about 7 ½ hours, but somehow seemed to expand to 9 or 10 much longer hours once the kids arrived.

For me, the trips to Ohio were pilgrimages home. That place where I grew up surrounded by unconditional love, in my family, in the neighbors. Those folks who were the safety net for us, the same ones who reported to my parents the things that happened before I got home. For our girls, the trips were a time to sit on the porch swing with Grandma, with a plate of pancakes with homemade blueberry syrup. Or make homemade French fries from “real” potatoes. It was the trips out in the field with the excitement of an Easter Egg hunt game my clever dad devised.  He would hand out 5-gallon buckets to pick up the golf balls he hit into the field, his makeshift driving range, and the kids would enthusiastically retrieve the golf balls for him. It was a time to meet and play with new cousins, which at last count numbered into the 20’s.

I noticed something happening as time passed and our kids were in their late elementary school and middle school years. Instead of running into the awaiting arms of their grandparents, they would fly right by, completely ignoring them, it seemed, and they would head into the kitchen and stand at the refrigerator.  You see, each year when school pictures came in, it was a 5X7 picture requested by my mom. She had magnetic frames on the refrigerator – one for each grandchild. And each time we visited, it was important to our girls that their pictures were on the front. Painstakingly and gleefully, they would move their cousins to the sides.

We could always tell who had visited last by the placement of the photos. As with most things in a large family, it became a game. Our girls were not the only ones playing this game; their cousins were doing the very same thing with each of their visits. As the girls grew into teens, this game did not end, it only became more sophisticated as they would move the pictures, then take a picture with their phone and text it to their cousins. A reminder to the cousins that grandma and grandpa must love them most, because their photos were on the front of the refrigerator.

What I once found embarrassing – my kids running past the open, loving arms of their grandparents who missed them dearly- with time, has taught me an important lesson about home and family. About unconditional love. A lesson I continue to carry with me, and am mindful of as I work with children who are experiencing a disruption of what they know as home, children who experience foster care. My why, the reason I do this work, continue to do this work is all wrapped up in those picture frames, and the lesson of my kids and their cousins. Every child deserves to have their picture on someone’s refrigerator. Every child deserves to have memories of unconditional love and family to look back upon when they are no longer children. Every child deserves the safety net community provides. Each and every child.